What is the Modern Family? 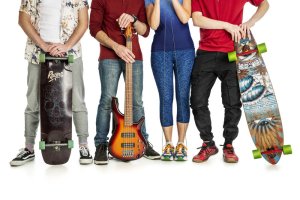 No, we’re not talking about the TV show! For the uninitiated, the show revolves around a Los Angeles family consisting of Jay Pritchett, his second wife, stepson and infant son, and also his two adult children and their spouses and children.

The inspiration for the series arose when its creators Christopher Lloyd and Steven Levitan shared stories about their own family situations and realised that the topic had masses of potential for a television series. Probably many of us could say the same!

But how is the modern family different from before? There has been much change in western culture over the last few decades. It was not so very long ago that the “normal family” was a married couple – one male, one female – with one or more children. The parents stayed together for life, through bad times as well as good, and the children grew up to be perfectly grounded individuals who then began normal families of their own. Or so it seemed.

Many of us do still have that traditional kind of family – and many others desperately yearn for it. Yet so often it is no longer the case. So what has changed?

Everyone will have very different views on this – from the influence of the media, the feminist movement, the decline of religion, the growth of the Internet, the legalisation of homosexuality, immigration, increasing globalisation and travel opportunities …. and so the list goes on.

The reasons for change may be some or all of the above – or none! But change has definitely come. Most western families today are likely to be somewhat extended versions of the traditional family mentioned above.

They may include second or third marriages or partnerships – often with previous spouses/partners still involved with the family because of the children. They may include sons’ or daughters’ live-in partners, be they male or female. They may also include same-sex spouses or babies of young daughters – both of which are now acceptable in society whereas in times past they would most likely have been either hidden away or even banished.

As more and more families become more and more extended – and increasingly complicated – there is also a growing acceptance that “tolerance is the new normal”. There is a growing trend for extended families to be more forgiving and understanding and keep people under the umbrella of the family who may previously have been cast out in the rain.

The bottom line is that we live in changing and challenging times and all need to stick together! Whatever your extended family situation – and however strange you thought it was – it is your modern family and should be celebrated.

The slogan carpe diem – seize the day – is never more true than it is today. We can waste so much time and energy worrying about our family situations and perhaps feeling in some way inadequate that we don’t have the “perfect” fairytale family. But no-one does! Life is short – so instead of frittering it away wishing things were different, let’s instead celebrate what is unique to us!

A family photo shoot with Venture Studios would be an ideal opportunity to get everyone together to proudly shout out who you are, not fret about who you are not!

Let us help you celebrate your extended family with a family portrait you will treasure for years to come. You and your modern family will be glad you did!