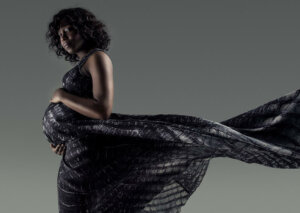 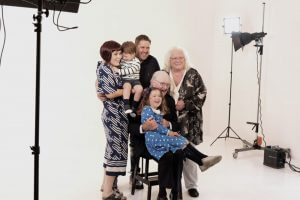 Cutting-edge photography and creativity are at the core of everything we do. We naturally appeal to a wide range of customers through our unique photographic style that clearly differentiates us in the marketplace.

Training and customer service standards are integral to our business. We run regional creative workshops, monthly creative challenges and offer bespoke local support where needed. Furthermore, all our photographers are required to achieve accreditation with the British Institute of Professional Photographers, an international recognised qualification.

Our end product is the result of combining inhouse training with creative thinking. In addition to the technical aspects of being a Venture photographer, all our team members are trained to listen to customers’ needs and use a collaborative approach to create beautiful, personalised images, capturing those special moments.

Alicia joined Venture Studio in 2005 as a trainee photographer. Since joining she has made it her aim to understand the business inside out. She quickly progressed in the company becoming Art Director before ending up as Creative Director for the brand.

Alicia understands all aspects of our business model, from lead generation to photography – always ensuring we are delivering excellence in the experience we offer to our customers.

Now, Alicia’s focus is ensuring we are consistently ahead of the curve, attracting and retaining customers and finely tuning the experience we deliver at every touch point. We want all our customers to rave about their experience and entrust us to be their lifelong photographer.

A modular suite of training “toolkits” has been developed to cover all elements of the Venture experience from start to finish, including telesales, lead generation and viewing sales techniques. These are designed to be used in studios to maximise performance and help you get the most from your team. These toolkits are linked to our bespoke studio management software allowing a seamless transition in managing your customer throughout their Venture journey.

Our support is both proactive and reactive, where your needs are met on an individual basis, ensuring the success of each franchisee business. Each week we share a company wide operational update, where best practice is shared, campaigns are launched and all studios results are brought together, with performance ranked and reviewed.

Having joined as a photographer in 2005, Rick has Venture running though his veins and understands all aspects our business. His career has taken him across the UK and into our Asia territories for over 8 years where he ran our two Hong Kong studios.

Returning to the UK in 2020, Rick spearheads the support and process of new franchise openings whilst assumes full responsibility for all studios relating to operations and performance, supporting franchisees in the growth and running of their business. 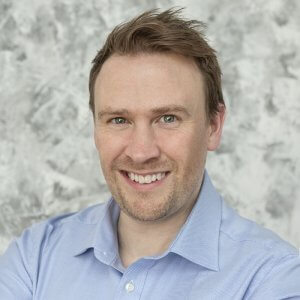 The central marketing team run online and offline lead generation campaigns throughout the year to deliver high value leads to all our studios. We have an overarching website for the brand which houses individual pages for all our studios where you can run bespoke competitions and offer discounts for your local area. The team are there to ensure you are on brand in all your local marketing activities with high quality collateral such as catalogues, exhibition stands and materials, digital campaigns and so much more.

From a head office level, we fund a full PPC and SEO strategy to grow brand awareness, website visits and orders generated. We continue to invest in social media platforms delivering leads and paying customers directly from our head office generated posts, blogs, contests and competitions. We actively develop partnerships with other brands and influencers where our ideal customer is the same.

All studios have access to our brand marketing files within the Operations Manual, this protected area includes best practice, how to guides, webinars, an asset library and so much more. We are constantly assessing our customer journeys and how our consumers interact, making strategic changes where needed.

Shopping cart0
There are no products in the cart!
0